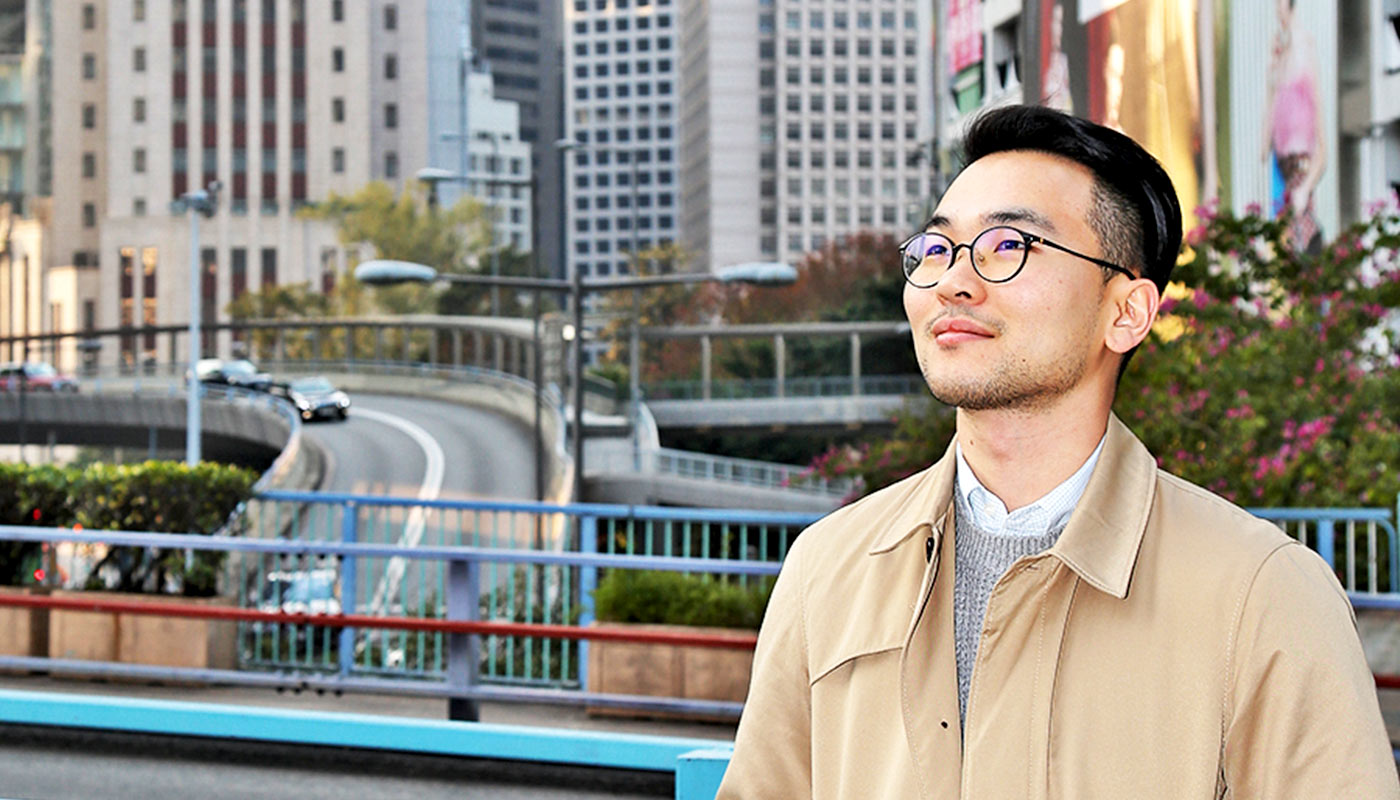 Park Sanghyun (Asian Business Studies, Class of 2014; Morningside College) came from Bucheon, South Korea. Due to his father’s business operations in mainland China, he was relocated to Tianjin for secondary education. After graduation, to broaden his horizons and sate his appetite for adventure and new knowledge, he had thought about furthering his studies in Singapore, Hong Kong or Canada.

Of all the universities in the three places, CUHK became the perfect choice for him because of its outstanding Asian Business Studies programme. ‘It was newly launched at the time. I had always been drawn to the limitless potential of Asia, particularly China and Japan. This programme offered lots of opportunities for exchange overseas and suited me well in many ways.’ He also highlighted the relatively high global ranking of universities in Hong Kong in recent years as a major attraction for South Korean students coming here to study.

Window to a different Hong Kong
During his four-year university education, Sanghyun had the chance for exchange to Waseda University in Japan and Fudan University in Shanghai. Despite sharing the same regional location in Asia, China and Japan are of course culturally disparate. Even within the same country, one can find different cultures and values in different cities. ‘The differences may be subtle and would take careful examination to notice,’ he remarked. Over the six-month exchange period, he took the chance to familiarize himself with the Japanese culture and even took the initiative to learn Japanese. ‘Your language learning efforts will definitely pay off career-wise.’

As a CUHK student, Sanghyun admitted it was the campus atmosphere that changed his erstwhile impression about Hong Kong. ‘I used to equate Hong Kong with Central, where all the suited and booted office workers move in unison to the urban rhythm. But, with the lush green hills and harbour views at the University, I got to see the other side of Hong Kong, where people can let their hair down and relax.’ 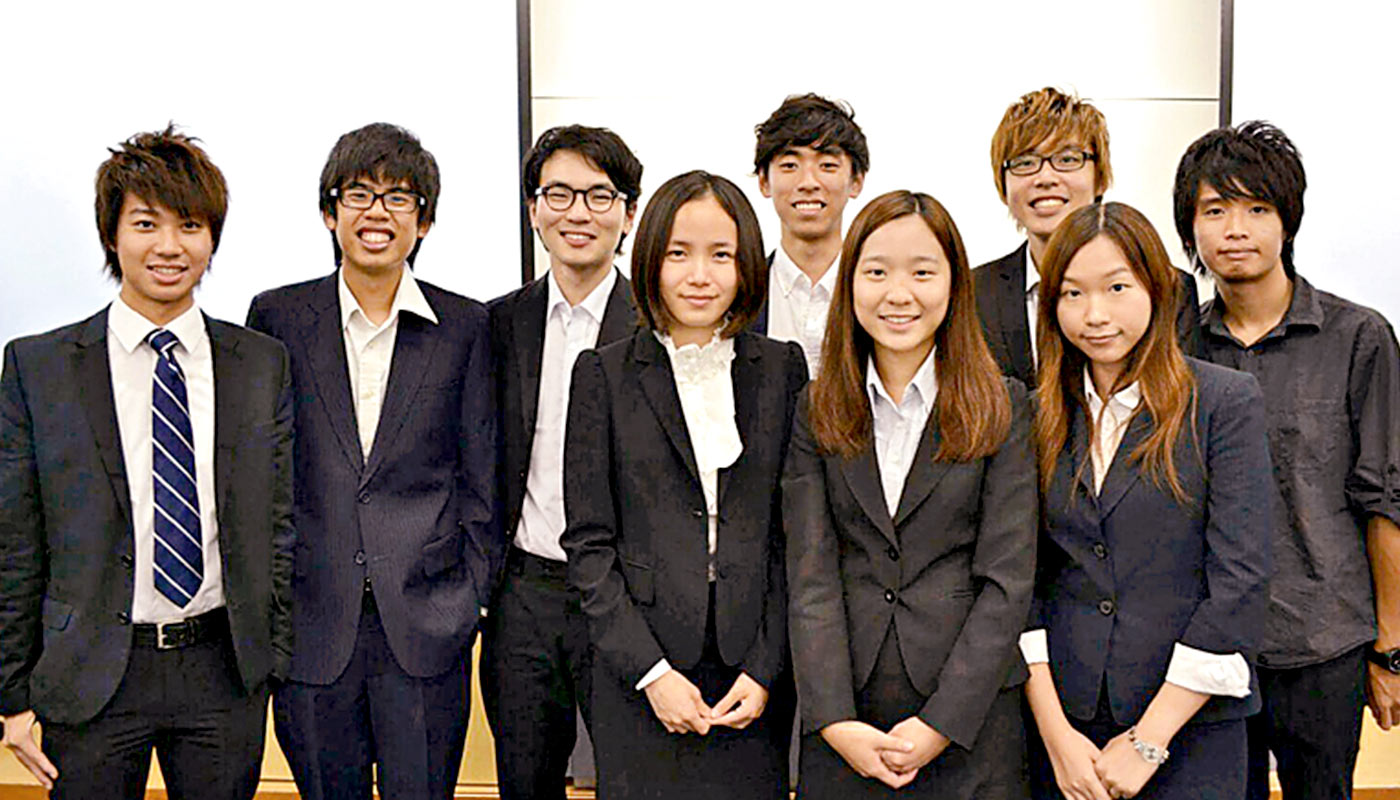 Park Sanghyun (3rd left), founder of the Korean Student Association, joins forces with other Korean students to promote Korean culture at CUHK
College Experience on a Global Scale
‘During my first year here, I did have a hard time adjusting as most students spoke Cantonese, which I didn’t quite understand. But later on I founded the Korean Student Association for mutual support and networking among CUHK’s overseas students from South Korea, and close to 100 Korean students joined up,’ Sanghyun said. He also set up a booth at the annual Art Fair on campus to promote Korean culture and recruit new members to join the Association.

At CUHK, he was able to have a real taste of hostel life and to discover the University’s international dimension. ‘I made friends with students from the UK, the US, Germany, India, and the Philippines. They were all motivated learners and were receptive to different opinions. We have kept in touch to this day.’ What Sanghyun values the most about CUHK is the beauty of balance. ‘While some universities may put too much emphasis on internationalization at the expense of local essence, the right mix of global and local dimensions is achieved at CUHK.’ 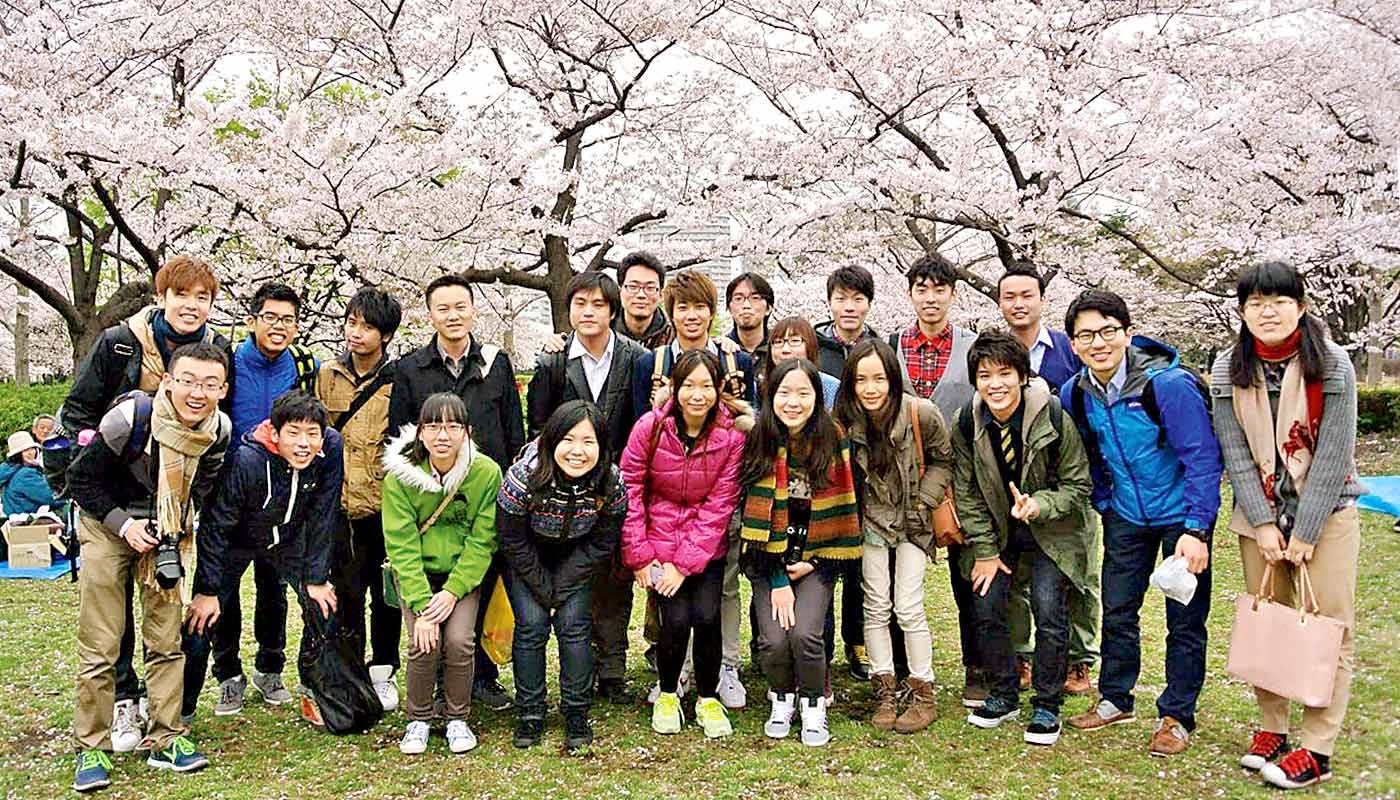 Park Sanghyun (2nd right) was an exchange student to Waseda University in Japan for six months
The Unifying Force of Dem Beat
As for what is the most ‘local’ aspect on campus, Sanghyun pointed without hesitation to ‘Dem Beat’—or ‘Demonstration of Beat’ in full—which refers to the rhythmic chanting by a group of students through the clapping of hands, stomping of feet, or simple dance moves. At first he did not take to the practice at all. ‘It was so difficult to learn and the moves seemed so silly.’

However, Sanghyun soon came round. ‘As it turned out, Dem Beat has the power to unite and the process is most enjoyable.’ The unique college system at CUHK also imparted to him a sense of belonging. ‘To me, the Colleges represent a sense of self-identity. I am proud of the College I belong to. The memory of college life is kept alive long after graduation. Even in my social gatherings with fellow graduates, I am interested to know which Colleges they came from.’

Upon graduation from CUHK, Sanghyun first joined Deloitte, one of the Big Four accounting firms, as a tax assistant and has recently switched to the global financial markets department of an investment bank. After staying in Hong Kong for seven years, he obtained permanent residency in August this year. He said he would stay put in the next five years and would only consider relocating to mainland China when the country becomes even more developed.